The VIDC fairplay initiative has been working in the Western Balkans for over a decade, particularly in Bosnia and Herzegovina. The country is still affected by the consequence of the war in the 1990s and is struggling with a complex political system and increasing nationalist tendencies between ethnic groups. There are currently thousands of refugees from other countries in Bosnia and Herzegovina, a country where many people fled to Europe during the war. fairplay employee David Hudelist recently conducted an interview with Benjamin Dragolj, the local coordinator of the Football Zajedno project, and a conversation with Petar Rosandić from the SOS Balkanroute. (24 April 2020) 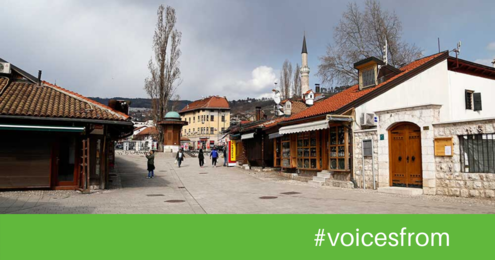 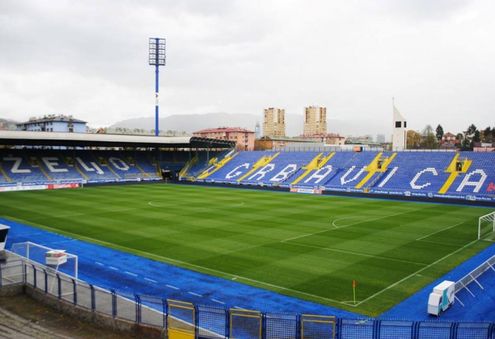 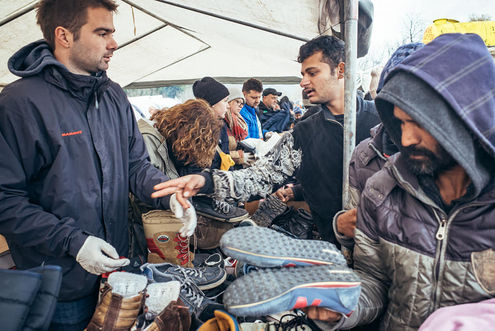 Benjamin, can you tell us about the current situation regarding COVID-19 in your hometown Sarajevo and other parts of Bosnia and Herzegovina?

So far, the situation across the country has been reasonably okay. I think that restrictive measures were introduced in good time and that we currently have around 1,200 infected people. The virus has changed the course of life as everywhere in the world, many people have lost their jobs. The tourist season has collapsed, so the economic factor will be the most difficult to manage. Schools, cafes, restaurants, hotels and many other facilities are closed and it is absolutely forbidden to leave the house from 8:00 p.m. to 5:00 a.m. But the situation is slowly changing, people can move more freely and shops are opening.

How does COVID-19 affect the complex situation in Bosnia and Herzegovina, such as the situation in the Republika Srpska?

The virus indicates a well-known complex functional system in our country. Various laws and restrictions are enacted in the Federation and the Republika Srpska. At first it seemed that both parts could work well together, then there were times when some politicians thought that more people were infected in the other entity and that movements between the entities should be prohibited. After a few meetings, the parties agreed to cooperate and, for example, jointly set up tents at the borders for people entering the country. But basically, each entity has its own government, many ministries, and opposition, so it's best to isolate yourself and take a break from the news.

What is happening in the sports scene and how is the situation influencing the Football Zajedno project?

The Premier League in Bosnia has been stopped. Together with the clubs, the football association is looking for ways to continue the season. All youth competitions and trainings were also stopped. Unfortunately, COVID-19 also affected our project activities. We have canceled a big international tournament that should take place in June and we will probably have to cancel the fairplay camp for young people and coaches, a highlight of the year.

You recently watched a live chat from UNHCR with Asmir Begovic from AC Milan about refugees. Is the so-called soccer family aware of the situation of the refugees in Bosnia and Herzegovina?

Refugees are seen as one of the biggest challenges in Bosnia and Herzegovina. Almost all of them want to go to the European Union, but they're stuck here. Our country doesn't offer them good living conditions and the question is whether they want to stay. There are many problematic circumstances, so that even local citizens are not satisfied with the situation and the refusal to have refugees in the country is increasing. There have been few fine examples of civil society and activists helping and doing a great job. Some local soccer teams offered migrants to train with them. The Football Association of Bosnia and Herzegovina is trying to develop special measures to work with refugees. But there is certainly a lot more room for help.

As part of Football Zajedno, Benjamin Dragolj also came into contact with Petar Rosandić. In Austria he may be better known as the rapper Kid Pex. The Viennese helped initiate the SOS Balkanroute and has a very good overview of the situation in the refugee camps in Bosnia and Herzegovina.

In a conversation with David Hudelist, Petar Rosandić reports of the still catastrophic conditions, especially in the informal, spontaneous refugee camps. Towards bonvalot.net, Rosandić speaks of the "shame of Europe". On the Bosnian-Croatian border, the "dirty work of the fortress Europe" is done. Thousands of people are stuck in Bosnia and are being violently driven back by the border guard and police officers when trying to cross the border to Croatia. There is a lot lacking in the wild camps, but above all drinking water, electricity, heating and food.

The situation in the official camps is not much better. Politics in Bosnia and Herzegovina are overwhelmed by the situation, nationalist and racist tendencies are growing. In Corona times, refugees are more easily identified as culprits, according to Rosandić. Shops were smeared with “Migrants not allowed”. The official side of Bosnia agrees in the same notch. The Bosnian security minister Fahrudin Radončić recently said that migrants are a ballast that must be got rid of.

But there are also many individuals, initiatives and NGOs that try to help and support refugees locally. With them, the SOS Balkanrroute has already built up a small but stable network that holds even in times of Corona. During the corona lockdown, there was initially an increase in donations in Austria, but these have now slumped, the topic is just going under at the moment, according to Rosandić. Nevertheless, they are proud to have brought together a small sum again and transferred it to local organizations. Cooperations with supermarkets and local bakeries have also been set up; hundreds of people in the refugee camps can at least be provided with basic supplies.

At the moment, nobody knows exactly how to proceed. The SOS Balkanroute initiative just received an award in Austria for their humanitarian aid, the Ute Bock prize, but their work will not be enough to change the situation of refugees long-term. "We are just fire extinguishers, in the long run we need bigger fish and multipliers to help on site," says Rosandić. The next aid convoy is already being planned and will start as soon as the borders are open.

Donations to the SOS Balkan route are still urgently needed and welcome. For more detailed information you can also send an email SOS Balkan Route is a humanitarian initiative for a decent life for refugees in Southeast Europe.

The joint Football Zajedno project is coordinated by the fairplay initiative at the VIDC with the main implementing partner BAAP and in cooperation with the football associations of Bosnia-Herzegovina, Montenegro and Serbia. Benjamin Dragolj is usually active on the ground, coordinating and implementing trainings, workshops and football tournaments with clubs, schools and NGO´s.