The issue of human trafficking in the transfer system between Africa and Europe is still a topical one. fairplay Initiative is currently conducting a research on human rights risks and responsibilities of various actors involved. In mid-November also the Sport Intergroup in the European Parliament discussed about how minors can be protected from abuse. 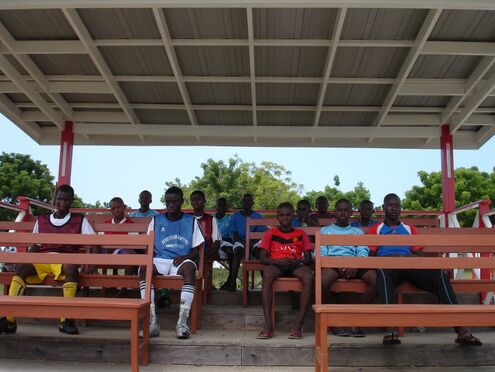 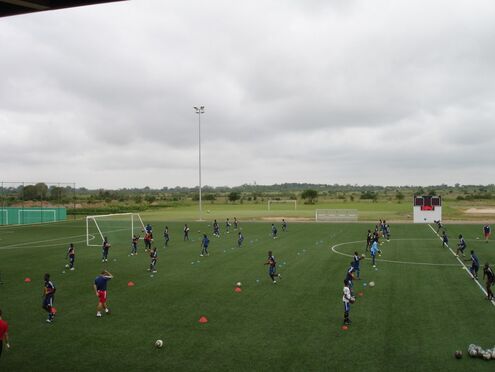 Training at the meanwhile closed academy of Red Bull Ghana 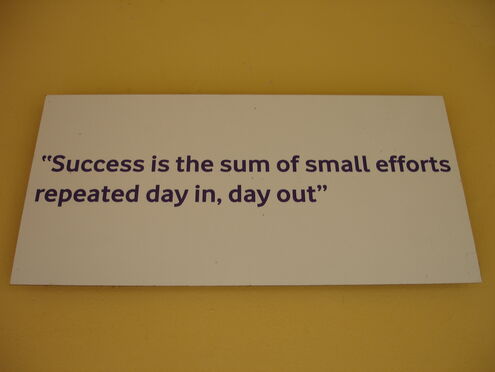 “When I was a little boy, I saw players coming from Europe, driving big cars, buying big houses, and everybody wanted to be like them.” These are the opening words of the Belgian documentary “Sideline” (http://www.sideline.be), portraying a former Nigerian international, Moses Adams, now player agent, and his struggle with finding African players aiming to get a contract with a European club.

“Every year thousands of African football players are coming to Europe. All of them with the same aim”, Adams says. “Can you imagine how many of them succeed to have a contract? How many of them do you see on the internet, signing contracts with clubs? Maybe 50, 100 you never know.”

During the past few decades professional sports have developed into a massive international financial enterprise, and football exists at the apex of this enterprise. Football leagues are generating enormous revenues through selling broadcasting rights, clubs are being transformed into transnational corporations and players are becoming most admired brands of their own.

These developments are leading to two phenomena: young footballers from all over the world are eagerly trying to get into the big football leagues in Europe, and football clubs of the very leagues are spanning global networks in order for seeking young talent.

However, these phenomena are also leading to the situation that serious human rights risks arise, and in fact many violations happen.

Under this title the European Parliament’s Sport Intergroup organized an online conference on November 18. Representatives of the Parliament, European Commission, a former player, a player agent, a scholar and the director of “Sideline” discussed current challenges and the way forward.

Not surprisingly, the pattern how players from Africa come to Europe is still similar as it was years ago. Young African talents get discovered by an alleged agent who is collecting money from the player's family in order to get him a ticket and the papers for a flight to Europe, next to a provision for the agent. But too often players don't get contracted with a club or aren’t even picked up from the airport or hotel. Player agent Francis Stijn sees this pattern as a form of modern slave trade, without the players having any rights. The way forward is clear. There is the need for accountability. There is the need to regulate the system and to hold perpetrators to account.

Only, despite an often repeated call for action and responsibility, these measures are still not in place.

fairplay is currently conducting a research on “Human Rights Risks and Responsibilities in the International Football Transfer System Involving Minor Players”. Martin Kainz, human rights and development expert at fairplay Initiative, is conducting the research. "The human rights angle to approach this topic is surprisingly a rather new one" says Martin Kainz, "but it is also a most needed one and definitely adds to the solution". He adds: “The international human rights framework provides a system of regulations and obligations that helps to detect the actors involved and to set clear obligations and responsibilities for them.”

Given the young age at which many athletes enter the professional football market, acute human and children’s rights questions arise at various stages, in the recruitment and treatment, in clubs, in professional and informal academies, but even before. Recruitment doesn’t start in the ‘host country’; it starts within often very private structures in the ‘sending countries’. The conditions which young professional players face are dramatically different from one setting to the other which makes it necessary to understand the mechanisms and the actors involved. The international human and children’s rights framework provides a base-line of legal standards which should be complied with internationally.

Stages of the research

Networks and patterns around international transfers of minors will be examined, risks, responsibilities, preventing as well as mitigating measures will be analysed. The outcome shall be a report on the risks and responsibilities at stake, including recommendations for action for safeguarding human and child rights within the recruitment chain of minor footballers.

From a legal standpoint, a focus will be set upon the provisions of the core human rights treaties, the so-called Palermo Protocols on human trafficking and the UN Guiding Principles on Business and Human Rights. With regards to the context in Africa, special attention will be given to the specificities of the African Charter of Human and Peoples Rights as well as to the African Charter on the Rights and Welfare of the Child.

The first stage of the research is funded by the Austrian Development Agency.