Austrian Sports Minister Werner Kogler presented the new members in commissions of the Bundes-Sport GmbH at a press conference on February 12. Nikola Staritz was presented by the Vice Chancellor as a new member of the Grassroots Sports Commission. 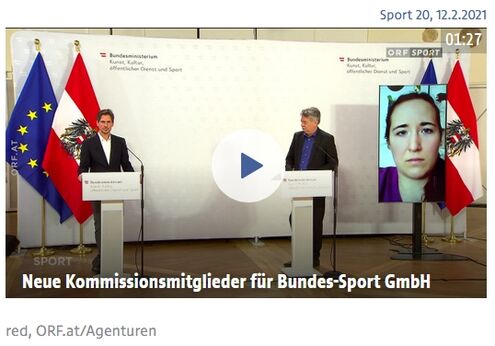 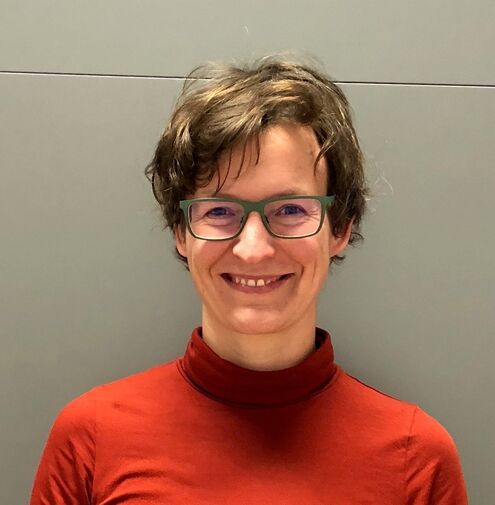 Felix Gottwald, the former Nordic Combined athlete and three-time Olympic gold medalist, will join fairplay project coordinator Nikola Staritz in the Grassroots Sports Commission in the future. Claudia Lösch, Paralympics winner in Alpine skiing, will be delegated to the Professional Sports Commission together with Peter Hiller from the Upper Austrian Athletics Association.

Werner Kogler, Austrian Minister for Sports, says:
"Nikola Staritz will also be sent to the Commission. She is a political scientist and information scientist, former handball player and has done a lot for the youth work and still does it at FC Torpedo 03. But what caught my eye is her activity as project coordinator of fairplay. This has been around for a while, we will continue to keep a special eye on fairplay and promote it - fairplay, the initiative for diversity and especially anti-discrimination, so it's an excellent precondition."

Nikola Staritz is excited about her upcoming activities on the Commission:
"Making sports accessible to all, regardless of gender, origin or sexual orientation, and contributing to a diverse and broad sports culture in which everyone wants to and can participate, also at the sports policy level, that's what I'm looking forward to."

Werner Kogler also wants the new quartet to be seen as a sign of "renewal." "We wanted to find people with their own creativity and spirit and drive, and we've succeeded brilliantly here. We want to bring in different perspectives, a different wind," says the Minister for Sports.

The Grassroots Sports Commission deals with the proposals of the respective Minister of Sports for the issuance of funding guidelines. It also obtains the approval of the Federal Sports Commission for funding programs, changes to the concepts of umbrella sports associations and organisations, and asks them to participate in evaluating the success of funding granted. (See Federal Sports Funding Act 2017).

Kogler promised more gender equity in future appointments: "In all advisory boards, commissions and committees, we will keep it that way in the future that we make at least half of the appointments with women where we have influence."
So far, the Grassroots Sports Commission has been staffed by six men. The remaining four members are sent by Sport Austria/BSO.