A network meeting of the FSE Anti-Discrimination network (ADD) will take place on 4 & 5 JUNE 2016 in Paris / France. In October “Football Pride Week” will take place in Berlin / Germany 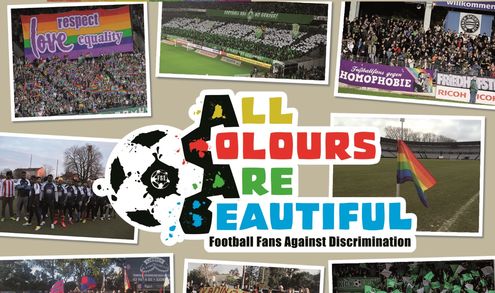 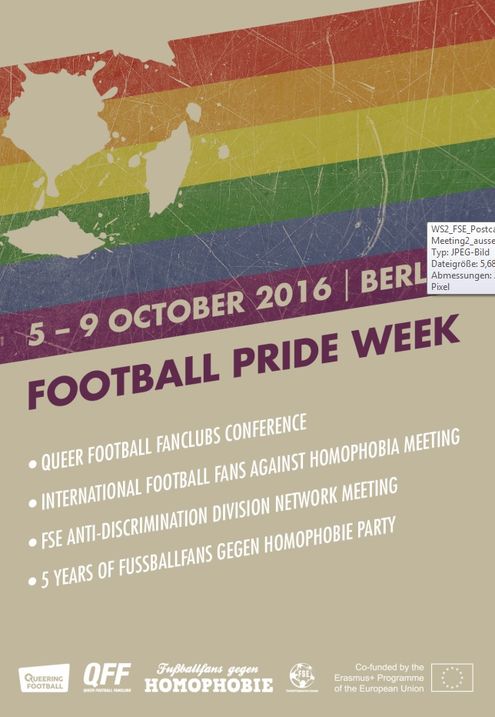 On 4 JUNE 2016 we want to bring together fans and initiatives, involved in refugee solidarity work in and around football. The workshop, held by FSE in co-operation with the University of Brighton, will assess the problems refugees face in Europe and how football fans have increasingly collaborated in recent months to respond to the current situation and promote an inclusive environment.

We are inviting fan-groups and grassroots-initiatives that have either established teams of refugees and offer players help and support, or who supported refugees through several other ways such as by running collections or inviting them to the stands and integrating them into their groups. A broad range of activists from across Europe are invited to share their experience, learn from each other, develop new ideas and work on demands towards clubs, associations and other policy makers.

At the meeting also the second network meeting of anti-discriminatory fans as part of the “Queering Football” programme is going to be prepared, which will be held from 5-9 OCTOBER 2016 in Berlin / Germany.  FSE is preparing in co-operation with Queer Football Fanclubs and Football Fans Against Homophobia a “Football Pride Week”, with participants from all over Europe and some from over-seas as well. So save the date already!

Queering Football is co-funded by the European Commission under the ERASMUS+ Sport Programme.