As in Austria, sporting events are not allowed in Italy. Of course, this also applies to our colleagues from UISP, who have come up with an alternative sports program. 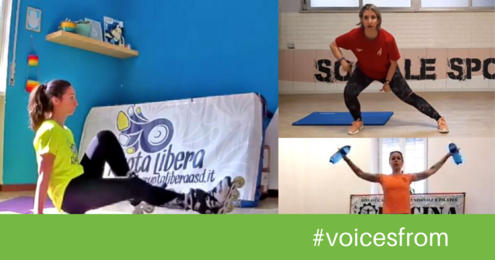 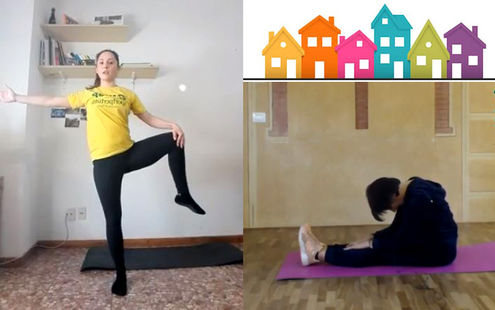 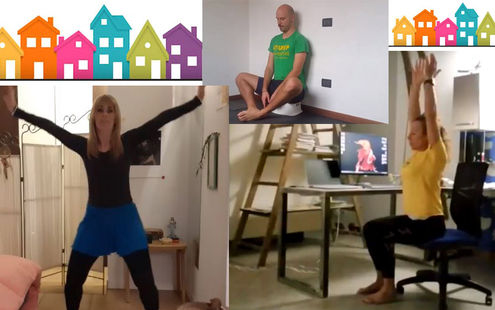 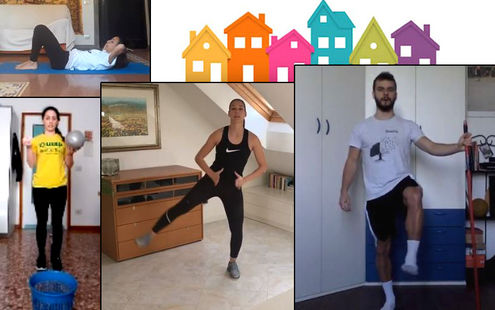 Unione Italiana Sport per Tutti (UISP) (https://www.uisp.it) is an Italian sports promotion body with which the fairplay initiative at VIDC has been working since the end of the 1990s. UISP has 1 million three hundred thousand members and committees in all Italian regions.

Since 1997 UISP organises the Europe-wide known anti-fascist sports tournament and cultural festival „Mondiali Antirazzisti“ nearby Bologna/Reggio Emilia. This year the "Mondiali", as it is known in the community, should take place as every year in July. Due to the current situation, the event, which attracts over 8000 sports enthusiasts every year, had to be cancelled. Also similar - but much smaller - events like the Ute Bock Cup (-> www.utebockcup.at) cannot take place in Vienna either.

However, UISP is not only a sports association that only offers sports activities and training courses, but also does a lot of social work in the diverse projects and deals very strongly with topics such as discrimination, inclusion, migration, disability, age, etc. This expertise makes UISP so important for fairplay as a partner organisation in our European projects.

It is therefore not surprising that they are not only concerned about the termination, interruption, cancellation or postponement of their own projects, activities and events. They are also concerned about those with whom they work in their daily work: homeless people, refugees, poor people, women who are subjected to domestic violence and forced to stay in the house, or asylum seekers who are located in the various reception centers as they found hope again after dramatic trips thanks to language courses, sporting and cultural activities – also with support of UISP.

Layla Mousa – coordinator of UISP and a long-term partner of the fairplay team – thinks is important “to reinvent the so called normal activities to adapt to the new, unforeseen situation. We still don’t know for how long sport activities in Italy will be stopped. Probably they will be one of the latest things to restart and that will return to ‘normal life’. Therefore we need to find alternative solutions to care about physical health of people, as well as to promote social inclusion.”

A few weeks ago, UISP launched an alternative sports program with individual video clips showing simple exercises for people of all ages and genders. Your own home thus serves as a gym. This series has now grown to more than 400 contributions, which UISP offers via its own homepage and social media channels (-> http://www.uisp.it/nazionale/pagina/la-palestra-la-nostra-casa).

The UISP campaign for the Corona-Virus emergency is running very successfully, as demonstrated by thousands of hits and downloads.

With the motto "Uniti, ma distanti" - "United, but far apart ...", the UISP colleagues hope that the Corona crisis will leave a more supportive, social and welcoming country for everyone. They look forward to being back soon to do activities together.

In 1999 UISP was involved in the founding of the FARE network (-> www.farenet.org), which celebrated its 20th anniversary with a gala in London last year (-> www.fairplay.or.at/news/news/news/fare-network-celebrates-20-year-anniversary-in-london). UISP is currently an important partner in the two EU projects SPIN Women and SPIN Refugees (-> www.sportinclusion.net). However, the fairplay initiative is a partner in the EYESS project (-> www.fairplay.or.at/news/news/news/anti-rassismus-fuer-alle-eine-mondiali-antirazzisti-in-jedem-land). The goal of EYESS (-> eyessproject.eu) ("European Youth Engaging in Solidarity and Sport") is to express the spirit of the great and popular Italian sports and culture festival Mondiali Antirazzisti (-> https: // www .mondialiantirazzisti.org) in the world, or respectively in the partner countries. It is hoped that after the tournament break in 2020 in 2021 everything can be carried out again as planned.