Unfortunately fair products are still scarce in the sporting goods industry. The fairplay Initiative offers a football that was produced free from child labour and helps furthering the 17 SDGs! 300 of these balls will be handed over to football clubs all over Austria and to projects in the Global South. The prominent supporters are former Austrian team captain Marc Janko, Austrian record International Nina Burger and Ghada Waly, the new Director-General of UN Vienna. 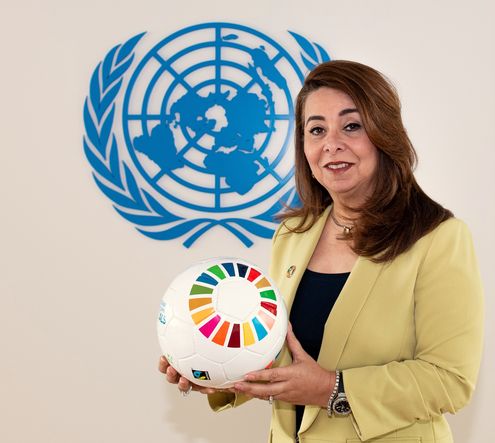 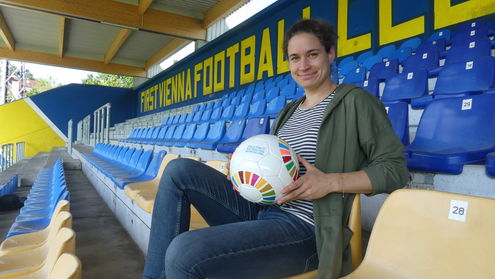 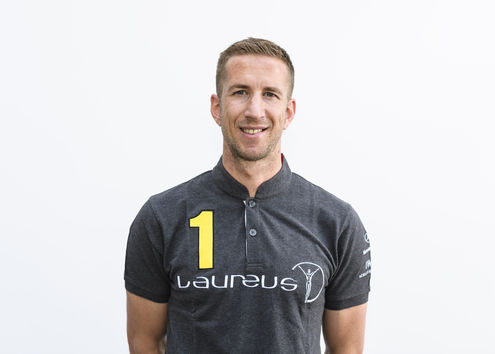 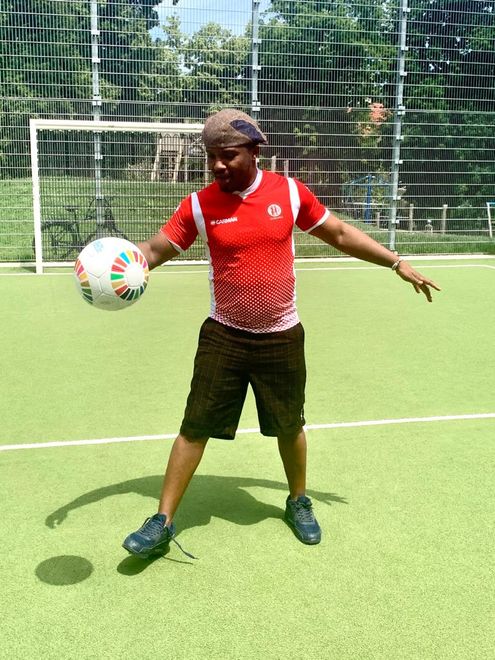 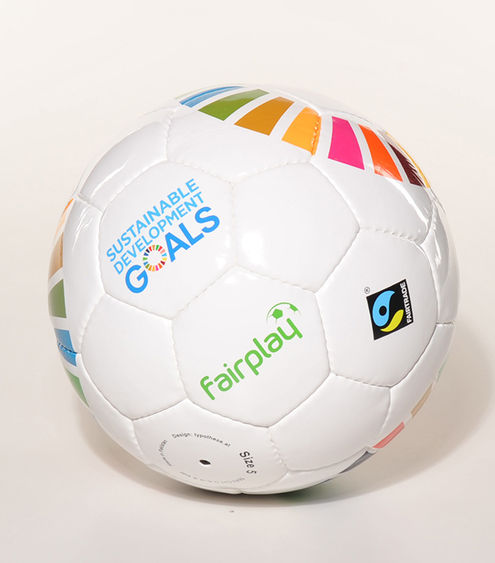 The ball is rolling again in many European leagues. In times of the Corona pandemic, football has managed to adhere to conditions that make it possible to start playing again on the field. What football has not been able to realise so far is the use of sporting goods that adhere to human rights standards.

Sport for development and human rights

The fairplay Initiative at the Vienna Institute for International Dialogue and Cooperation (VIDC) is currently running the "Sport for Development and Human Rights" project, funded by the Austrian Development Agency. A key aim of the project is to carry the SDGs into the world of sport.

Football in particular has great potential to stand up for human rights and thus promote global justice. Ghada Waly, Director-General of the UN Vienna and Executive Director of UNODC, emphasizes the important contribution of sport to social development and peace: “Sport promotes and protects mental and physical health and teaches young people valuable life skills and fair play. The United Nations Office on Drugs and Crime (UNODC) is proud to partner with civil society and the private sector to support the Sustainable Development Goals and reconstruction after COVID through sport. For emerging stronger from the crisis, we also have to return to sport. It helps people to relax.”

Also former captain of the Austrian football team, Marc Janko, and now Laureus Sport for Good Ambassador highlights the unifying power of sport: “Sport brings people together and has a positive effect on society as a whole. Sport is simply very valuable, especially for disadvantaged young people, whether here in Europe or in the Global South. That is also the reason why I am committed to the Laureus Sport for Good Foundation. Our work is also based on the Sustainable Development Goals of the UN, so it is a great idea to make the 17 SDGs known in Austria through football.”

The record Austrian International and new director of women sport at First Vienna FC 1894, Nina Burger, wants to work particularly hard for SDG 5, Gender Equality: “The issue of equality has received more and more momentum in recent years – in society as well as in football. In a society, everyone should have the same rights, regardless of their gender, but also regardless of their religion, skin colour, sexuality or origin. At First Vienna FC, we want to make a contribution to promoting women's football and thus also to equality in football and in sports as a whole."

300 balls for football clubs and initiatives

In the forthcoming football season, when the ball rolls again in grassroots and youth football, two footballs together with an information package with posters and flyers will be passed on to committed grassroots clubs throughout Austria free of charge. In addition, sports initiatives in Sub-Saharan Africa will receive balls. In total, 300 SDG balls will be handed over to clubs and initiatives by the end of next year.

The Football Helps organisation in Burundi will be one beneficiary. Soso Mugiraneza, comedian and founder of the organisation says: “Football Helps brings together children and youths from a wide variety of backgrounds. Football provides them with a meaningful structure within which they learn to deal fairly with one another and, moreover, are taught important values. Football makes a central contribution to social development. We are happy about the SDG balls!”

The SDGs were launched in 2015 by the UN as successors to the Millennium Development Goals (MDGs). They include 17 goals that must be implemented by all countries worldwide. The goals include No Poverty (Goal 1), Reduced Inequalities (Goal 10), Responsible Consumption (Goal 12) and global Partnership for the Goals (Goal 17). The aim is to make the world a fairer place, and sport can make an important contribution to this. The fairplay ball shows the so-called SDG wheel, corresponding to the 17 goals in 17 colours.

The ball was commissioned by the fairplay Initiative in cooperation with EZA Fairer Handel at Vision Technologies Corporation (VTC). VTC is based in the city of Sialkot in Pakistan, where 80% of the world's footballs are produced. However, many brands do not produce under conditions that comply with human rights. This often leads to exploitative employment relationships and very low wages. This is different with VTC, which is complying with the FAIRTRADE standards.

A fairplay ball for everyone

Not only clubs can enjoy the balls authorized by the UN. Also a small contingent is offered to the general public for a minimum donation of EUR 27. The fair footballs can be ordered via the online shop of the football magazine ballesterer or directly from fairplay. With the donations, the fairplay Initiative organises workshops throughout Austria in which young people are introduced to the SDGs and sport is used as a tool for global learning.

Order your personal SDG football via this link.
Download press photos here.
The latest edition of the magazine “Weltnachrichten” by the Austrian Development Agency (ADA) is devoted to the topic of sport and development.
Background information on the Laureus Sport for Good Foundation can be found here.