Long live sport? The Coronavirus health discourse and the disregard for grassroots sport

When the Austrian government announced measures to the lift of the Corona lockdown much talk was about resuming trade and rescuing companies, but there was silence about sport – mass sport to be precise. 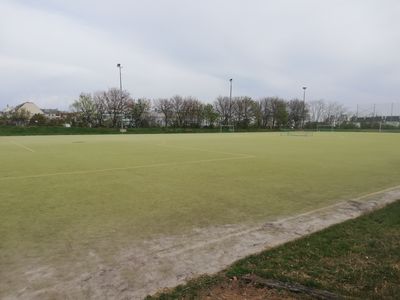 What is health? This question arises particularly in view of "rebooting" the Austrian economy after the coronavirus lockdown. The current discourse on health is very much around questions such as not getting infected, not being allowed to consume and to sell, how to finish the school year or about obtaining qualifying slots in the international football business and thus be able to obtain money for just a few professional clubs.

However, does our concept of health also include that people, and especially children and young people, are no longer disturbed in their psychosocial, emotional and physical development as absolutely necessary? That all people - and not just top athletes - can move about together, let off steam, for the fun of it? That children can play with other children, see their friends, get out of their isolation - and instead get into the playgrounds and football fields of this country?

When sports is discussed in Corona times or the media take up the topic, it is usually about the top leagues and whether they are cancelled or finished, whether there should be ghost races in Formula 1 or not. In mid-April, Sports Minister Werner Kogler (The Greens) presented the next steps for Austrian sport at a press conference with Interior Minister Karl Nehammer (ÖVP) as part of a comprehensible but daring step-by-step plan, which can be roughly described as follows: outdoor before indoor, individual before team sport, implicitly also performance before mass sport. And those who can afford to have themselves tested, primarily clubs in the men's Bundesliga ahead of those who are currently having a hard time paying their expenses. This includes all other football clubs. But to what extent do the measures presented affect the practice of those 2,970,029 members of the 14,208 clubs in Austria (source: member statistics of Sport Austria 2020) who actually make up Austrian sport?

When it comes to integration, health, social interaction in general, the enormously important contribution of grassroots sport is gladly and rightly sought, where, in comparison to other social areas, the most diverse people can meet at one level – but where can that be found now, in a “crisis period”? Are health, integration and our social cohesion worth less now? Especially now that children and young people, as well as their families, are generally socially disadvantaged and run the risk of being left behind at school, they are also deprived of the place where many of these young people found recognition and social inclusion, namely sport. Most children and adolescents do not run alone or with their parents – and they do not play golf.

Most children and adolescents move together, collectively, be it in sports clubs, exercise courses or school sports. To maintain preventive measures such as keeping physical distance, restricting social contacts seems to be unavoidable. However, this does not explain why certain areas of society are not even mentioned in the daily government press conferences of, this includes in particular kindergardens and popular sports.

A first step would be to address and discuss the essential role of popular sport when it comes to inclusion and well-being, respect, diversity and social learning, and what it means if this field remained closed for a longer period of time. Such an appreciative, public discourse would show respect and provide recognition to those grass-roots sport actors and volunteers, who would deserve it most.

As so often, it's about priorities and interests. To mention just one example: Two hundred adults and children can be in and in front of an Austrian DIY market – why can't thirty stand at a given distance on the football field and do ball exercises? Happy to stagger and reduce in order to put contagion as far as possible, but still together and in the fresh air, with your friends and trainers, so that you can finally do something again, without parents and without school?

Shamed be he who thinks evil of it. When it is about performance (see debate on A-levels), international competitiveness and money (see debate on men's Bundesliga and the financial injections for large corporations) or consumption (see debate on trade), there have been scenarios of "resurrection" planned down to the last detail for weeks. Hardly any mention is made of basic democratic rights (e.g. demonstrations) or social and emotional well-being or psychological development, which means that "health" in a broader sense does not seem to be an issue.