Following the latest ERASMUS+ call for collaborative partnership projects in the field of sport, the fairplay Initiative has been successful with the innovative project “Sport Together – Strengthening Cross-Community Social Inclusion in Post-Conflict Regions”. 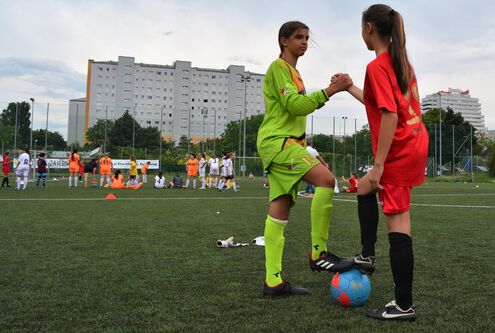 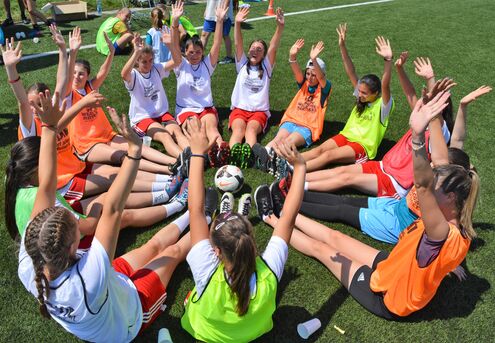 “Sport Together” will use sport to address and tackle cross-border threats to social cohesion, in particular those caused by the ongoing ethno-political divisions in the Western Balkan and Northern Ireland as well as the continued and new challenges following the so called EU “refugee crisis”.

The overall objective of the project is to strengthen social inclusion in divided communities with a focus on young people and girls and to increase participation of disadvantaged groups – in particular refugees & newly-arrived migrants and minorities – in grass-roots sport through training, education, awareness-raising, capacity-building of sport stakeholders and cross-community youth sport interventions.

The “Sport Together” project will start in January 2021 and will last for 30 months until June 2023. Key events and activities will include a kick-off meeting in Belfast, a European Training Session for Multipliers in Belgrade in autumn 2021 followed by National Workshops in all seven partner countries, a Girls Football Festival in July 2022 in Vienna, inclusive grassroots events in the European Week of Sport 2022, a Networking Meeting in Sarajevo and a final cross-border Mini-Van Tour in three countries.

Addressing Needs and Partnership in 7 countries

The project will be implemented in seven countries, namely Republic of Ireland, Northern Ireland (UK), Bosnia and Herzegovina, Serbia, Croatia, Greece, and Austria. The project area encompasses two European post-conflict areas. First, the Western Balkan Region with the former Yugoslav republics of Bosnia and Herzegovina, Serbia and Croatia. Second, the island of Ireland with Northern Ireland and the Republic of Ireland.

As lead organisation, the fairplay initiative at VIDC has an extend network with sport organisations in former Yugoslavia and also Ex-Yugoslavia diaspora clubs in Austria. Following the outbreak of war in ex-Yugoslavia (1991-1995) about 90,000 people from Bosnia-Herzegovina were accepted as refugees in Austria and most of them remained. Several of the 150.000 citizens with a Bosnian background are now prominent sport people, including Austrian Internationals in football, handball and wrestling.

“Sport Together” is a perfect match between the network which developed around the “Football Zajedno” project in the Western Balkans and the more Western-Europe centred SPIN network, while trying to adopt new and innovative methods and approaches.

The project builds strongly on the experience and rich knowledge gained through a series of EU sport projects implemented by the Sport Inclusion Network (SPIN) since 2011. The “Sport Together” project is a unique opportunity to create a more sustainable network of actors in the field of social inclusion through sport, in particular by involving actors and partners from South-Eastern Europe.

Through the UEFA supported “Football Zajedno” project (with the national Football Associations of Bosnia-Herzegovina, Montenegro and Serbia), VIDC has gained experience and expertise in the Western Balkan region and is keen to continue the work focusing on involvement of ethnically and socially marginalised groups, including refugees and newly-arrived migrants.

Following this years’ call for proposals (deadline 21 April 2020) the Education, Audiovisual and Culture Executive Agency (EACEA) in Brussels received a record of 1107 eligible applications. Out of these applications, 315 have been selected for funding (121 Collaborative Partnerships, 180 Small Collaborative Partnerships and 14 Not-for-profit European sport events). For the list of all selected projects go to: http://eacea.ec.europa.eu/erasmus-plus/selection-results_en.